Another recycled portion of one of my NHLA President’s Notes

Having gone thru the experiences of having at one time teenage daughters, I learned about the phenomenon of the ‘Teenage Fashion Police’; these badge carrying teenagers who can point out bad fashion from a mile away and who’s swored duty it is to let those who have crossed the line, to know that it is not acceptable, certainly if you are even thinking of being in their presence. Who knew that wearing plaid on plaid is just not done in a civilized society or wearing white socks with dark pants and shoes is some kind major taboo; thou who ever thought that wearing flannel PJ bottoms out in public would ever be okay?

Well, I may have lost most of you readers who have gone on to the next blog, but for you few left, the reason I bring this up is because maybe what we may need is a ‘Landscape Good Practices Police’. We can be badge carrying folks who in our travels can put landscapers or the places where they had been with their piles of mulch on notice that volcanoes around trees or 6 inches of mulch laid out in beds may be some kind of fashion statement and usually a bonus for mulch sellers, but isn’t a good sound practice and can and will do harm to the plants and trees. It seems to be becoming even more common, even though the word has been out there for years. Maybe, we need to have all the area newspapers have it as their headline banner “Enough With the Mulch Already” or have a NHLA spokesperson on the 6 o’clock news explaining why it is such bad idea. They could also explain that when someone hydro-seeds an area, that watering it is going to be required afterwards, and that you can’t just count on Mother Nature to take care of it for you, which might account for so many tan lawns out there this year, or that hydro-seeding an area that is gravel with an inch of some sort of loam will have the look after a short time of a gravel pit that is just starting to have a vegetative cover which will takes years for organic material to build up to support added life. Of course, this spokesperson might need a ‘Teenage Fashion Police’ consultant for who out there is going to take anyone serious that might be wearing plaid on plaid or one of the many other no-no’s in today’s fashion.
Maybe we could carry those little flags like Dig Safe uses only a different color that says something like ‘What were thinking’ to bad landscapes that you know will never survive or will require huge amounts of maintenance that will never be done.

I know I have lost all of you by now, but still I have to write that I hope many of you will be able to make it to our Summer Twilight meetings this season, I think the lineup is pretty good and varied, which you might be reading about right now. Hope to see you there, I might be the guy who is wearing the plaid shorts, white knee socks and sandals,, now that my daughters have moved on.

One thought on “LGP Police” 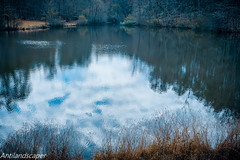 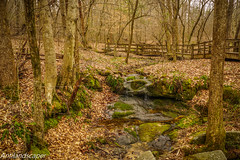 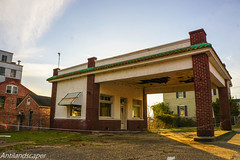 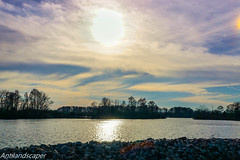