Who’s Coming To Dinner?
Or Life is a Buffet
Part 2

Life is a buffet , I know it sounds trivial or trifle, it certainly was to some of my former customers at the nursery or my clients now, when they want answers to what to do when something was eating the leaves on their plants. But it was hard to say, use this to kill that for as much as they weren’t happy about some caterpillar eating their plants, they were very happy to a butterfly or hummingbird moth visited their flowers. So life is a buffet it is so simple, yet as complex as all life itself. A living world made up of producers, consumers and decomposers that are all interdependent on each other for their existence. It is this interdependence that make up habitats and ecosystems. Or as John Muir much more elinguity wrote “When you tug on a single thing in nature you find it is attached to the entire universe”

The another factor of habitat is that it is the constant of change, for species live and die and other species may be affected where they might be wholly or in large part depended on the species in decline. When some species decline others move in with the resulting changes in habitat.. Habitat is also changed by of factors of climate; whether by individual events, or by slower changes that might occur over the course of decades, centuries or millenniums. The native landscape we see today has changed much even in the time we each have been alive. A seedling just staring when you were born, may now stand fifty feet or more tall.

Yet, if we were to step back in time , to more than 30,000 years ago the native habitat before the last ice age, it might been much different than what we think of as our native habitats in the present. For that habitat would have the result of an estimated 20,000 to a 100,000 years between glacial periods with millenniums of succession, maturity, changes in climate, natural disturbances and the possibility that many of those species that had existed, didn’t survive thru the last glacial period. Sometime around 30,000 to 18,000 year ago the ice advanced covering the all of northeast, much of the upper mid-west and across northern Europe and Asia with a mile plus thick layer of ice, destroying all living things that stood in its path and removing any record of those earlier habitats. And for the 6,000 to 8,000 years the ice advance and receded; it moved soils, rocks and boulders scraped and scared down to the bedrock of our region. Mountains much higher than what we see today, for they were reduced by the incredible force of the ice.

At the glacial maximum (18,000 -22,000 years) so much of earth’s water was tied up in a frozen state that the earth’s oceans were 300 to 450 feet lower than what they are today. Globally, climate was greatly influence by the massive ice sheets that covered the northern hemisphere, tropical zones recessed with dryer weather patterns, ocean currents changed, as did the upper level wind currents. Resulting in many changes to native habitats worldwide, for it was a cooler and dryer earth and species were lost that couldn’t adapt or migrate to the changing environmental conditions

But after 8,000 years the ice began to recede more than it advanced and as the ice melted it formed inland seas with the rising ocean and massive lakes formed in the north-eastern quarter and in the middle of the continent much it in areas where the earth’s crust had been depressed by the sheer weight of the ice and ice dams that held back huge volumes of water. As time passed, there were breaks in the ice dams, erosion of loess and the crust of the earth moved upwards, released from the sheer weight of the ice sheets. As the water that were held back let go, massive floods occurred, carrying with it huge amounts of sediments; from clay, sand gravel to boulders. It flows thru mountain passes and valleys until it reached the coastal plains and beyond to the ocean. The strong flows from these glacial seas and lakes began to slow, which allowed for the larger sediments to be deposited in the valleys. As these rives continued out onto the flatter terrain the smaller sediments were deposited along the way. Once the waters reached the coastal plain the fine particles of sand and clays settled out of the slow flowing rivers. This process occurred many times over the course of 4,000 to 6,000 years. Rivers form new pathways changed by the deposit of sediments from earlier events, until the glacial melt had recessed far to the north and west. The earth continue to rebound, release from thousands of years of downward force. the waters that had flow out of the Tyrrell and Vermont seas to what is now Hudson Bay and Lake Champlain. The huge lakes that covered a good portion of New Hampshire, such as the Hitchcock, Winnipeukee, Merrimac and Contoacook when drain created the bear-bones of the material landscape which was the framework for the succeeding habitats, layered upon layered that resulted in the natural native landscape we know of today. As the ice recessed the weather began to change, wind currents shifted that blew massive amounts of dust, sand and other fine material particles along the edge of the recessing ice sheets dropping layer upon layer of particles across the middle part of North America to depths measured in feet ( 30 feet or more).

So we leave it for now at some 15,000 years ago, when many new great changes start to occur in what we think of as our present day native ecosystems, but at the northern latitudes of N. America it was a blank slate, waiting for the first signs of life to return. 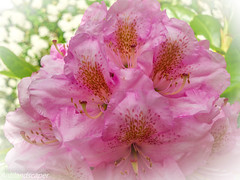 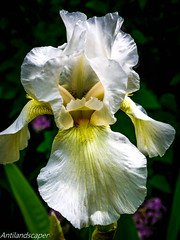 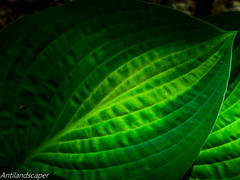 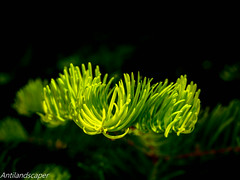 Let the mermaids in my teacup distract us for a while

There's always a way in and way out.

A mind full of illusions

Half earth, half sky

Experiences of an expat and her Afrikaner pooch

WELCOME TO OUR BLOG

Dreams of a single black woman

Life in Copenhagen, Denmark, after moving during Covid-19.

This site is about the knowledge of different categories such as education, , health, mobiles, and tourism

Pursuing The Global MBA: A Personal Documentation On What Makes The Good Life.

'I wish I wrote the way I thought'

Everything is good, if you are good enough