A Circus of Trees

There once was a gentleman by the name of Axel Erlandson born in Sweden in 1884 who’s family migrated to the US when he was 2 and by  the turn of the century they had settled in California to farm the land. He was self learned person without much education but with a passion to read and to observe nature around him. He had seen how trees growing together that had grafted themselves at branches soon he was experimenting with grafts and training tree trunks to growing unusual shapes. Over the course of his life he had created as many as 70 trees in the form of chairs, ladders, loops, hearts, arches and lattice. The family opened the property to visitors as an attraction and named it the ‘Tree Circus’. After he passed away in1964 the property and the trees fell on hard times and when the property was bought in 1983 by a developer who was going to destroy the trees to make way for construction,  Michael Bonfante, owner of Tree Haven Nursery heard about the trees and bought the surviving 29 trees and transplanted them to a site that he created called the ‘Bonfante Gardens Theme Park’ in Gilroy, California where again the trees could be cared for and viewed by visitors.

We have as a people have looked at nature and wondered how we might improve it from the viewpoint of our own interests. From the very first farmers who would start to collect grain seed from plants that showed signs of producing more seed, or seed that didn’t scatter when harvested or maybe had stalks that didn’t blow over in wind storms and could best tolerate the weather conditions of the area and produce a healthy crop.

Mr. Erlandson certainly wasn’t the first person to observe grafting in nature. It is believed the art of grafting originated in China 3500 years ago and was introduced to the Greeks and Romans a 1000 years later.. ‘During the Renaissance, many plants were brought back to Europe, and were in many cases maintained by grafting. The need to match the cambiums of stock and scion was realized by this time, but of course a real appreciation of meristems was hundreds of years away. An understanding of plant circulatory systems developed in the 1700’s and the formation of graft unions were the subject of much research. By the 1800’s over 100 different grafting techniques had been described, including those that are in wide use today.

Axel Erlandson standing under one of his works

Many years ago at a NHLA conference I was introduced to an old timer from Maine who was talking about some apple trees he had and that he over the years he had grafted up to 75  different varieties on to each of his trees. As he traveled around to different orchards and he came across a variety he didn’t have, he would ask to take a scion to add to his trees. It is amazing when you think about it the next time you bite into an apple, whether a McIntosh, an Empire or a Honeycrisp; that for every tree that produced that variety, that it had to come from one tree that had produced that particulate fruit and for all of the millions of  McIntosh trees out there, they have all been budded or grafted or today with many plant species by tissue cultured from that one tree that had the characteristics of that juicy, tart McIntosh taste and any scion or bud from a McIntosh tree that is grafted on to another type apple tree will  still produce that McIntosh apple. .

Today much of what we use in our created landscapes have been produced asexually, every tree and plant of a named cultivator will have much of the same characteristics as the one plant that had been created of that name. They are hybridized to created characteristics that we favor, whether it be for flower set or longer flower times, plant habit, size, adaptability to different environmental conditions and pest and disease resistance. It is the goal to create better trees and plants by the features and characteristics that we place a value on. Our palette is worldwide from native to rare exotics and the criteria is that they have desirable characteristics and they will sell. But of the trees we do cultivate we are aren’t concern about seed set other than its’ ornamental value, for it isn’t the purpose to plant trees in our created landscapes to create a forest, rather we want specimens and any seeds that do germinate we would tend to be weeded out.

The native plants that are used can be to a local area, a region or even to an area within a whole country the deciding factor is whether they can tolerate the conditions of another region, a tree is stated to be native, yet its’ native range might be the northwest, or southeast or even mid Atlantic regions of the U.S. An example might be Cornus florida, our native dogwood, they are sold and used at least in the southern half of the NH and ME, they can survive and grow and even flower in those winters that tend to be mild and don’t kill the flower buds. Yet to look for native dogwoods in the natural habitat we have to travel south, you might see them growing at the edge or within a forest in Mass. and Conn. and certainly farther south and it is stated the their range is up to southern Maine yet you will rarely see them outside a man-made landscape in  southern NH. So why do they survive here, but don’t regenerate here? Colder and a bit longer winters, or other unfavorable conditions to prevent the germination of their seed? Think of some of the native plants we use at least in our a zone 5 area, but under natural conditions our area is beyond their native range, red buds, catalpa, yellowwoods, honey locust and shrubs such as mtn. laurels, rhododendrons.

Yet we don’t tend to use just native plants in our landscape, not when we have the whole world of trees and plants available to us. Unless a tree is labeled native, it origins can be from anywhere and unless you do a little research you might not know whether the parentage of a plant you selected might be from Asia, Europe, Africa, unless of course it is in its’ name such as Japanese maple, European beech. So why would it be a problem to be using these plants; people have from the time that they started to explore other parts of the world, have been bringing plants back with them from their travels. To find a plant so different or rare and if it could survive the conditions of your home, why wouldn’t you want to use it? Even our native plants have migrated too here and some of the plants that have yet established themselves this far north, may yet do it in the future as their offspring adapt themselves to colder conditions or our climate and the environment change to favor their migration. The problem may be that we don’t really know or understand our native ecosystems and the interdependence of different soil habitats and all of the life that exists in each and how they all affect each other. We know that in NH we have a list of invasive species and if we are to look around to different regions of the U.S. we find that many more trees and plants are considered invasive and many of them we still use in our landscapes here. So what makes a plant or any other living thing non-native to an area become invasive? When did we realize that our Invasives were invasive? After how many years of common usage? What are the factors that make one exotic tree, plant more invasive than another, or do they all have the potential of being invasive given the right conditions? Given all the new plant material that breeders are continuing to introduce, we really don’t know what our future native ecosystems might look like or how native they may be. We have find out from experience that once an exotic plant, insect, micro-organism, mammal  has become invasive , there truly isn’t any way to remove that threat and we are just staring to learn the impact they have and will have on our natural landscapes.

When we think of the circus coming to town, we think of the ‘out of the ordinary, different from our everyday lives’, with wild, dangerous, exotic creatures and a side show of oddities, and freaks of nature, but sometimes when we look at our created man-made landscapes we may realize that the circus is always in town and the natural is becoming the oddity. 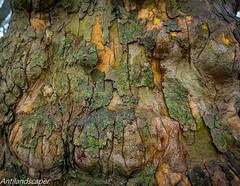 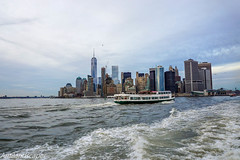 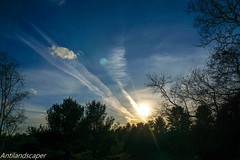 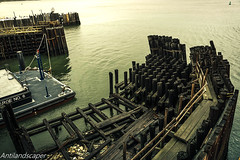 Law of Attraction finds me!

I am a photographer by nature!

Enjoyable Information. Focused or Not.

A writer inspired by nature and human nature

Blogs about cooking and recepies

Someone said ''Be bold and mighty forces will come to your aid."

Let the conjuring of the arts begin!