“ It’s not Easy Being Green”

For a frog it certainly it’s not easy being green, when they are part of a high school biology class experiment, that dissects them so young kids can see the frogs’ insides and to maybe understand their own insides. It isn’t easy when a frog’s habitat is paved over to make a parking lot at a new shopping mall, or a new community is developed, or their habitat is plowed under because of another species need for food, or when habitat is taken to widen highways, to create new roads so people can get from their new homes to work and get to the mall and the food store. And what habitat that is left is being effected by toxins applied to the soil in the form of fertilizers, pesticides and human and animal waste which is making it way into surface and ground water. Also, frogs and their habitats are greatly affected by changes in weather patterns whether by global warming or the sun’s energy output, a decline in the ozone layer and/or the warming of the Pacific Ocean (El Nino/La Nina events). The result is a general decline in populations of 43% with at least 32 species extinct and another113 species not seen and maybe extinct and for those remaining increases in deformities at birth.

For us humans we may not be facing the same effects that Kermit and all his family are and certainly if something were to take a bite out of our leg they wouldn’t necessary think we taste like chicken. But in many ways ‘it isn’t easy being green’ for us either; to see it in general terms, you can just go to any mall or any big box store and just walk around and see all that stuff that are stacked on the shelves, it is a lot of stuff and think that this is what is pretty much the same picture in every community in the developed world and beyond, and you might wonder do we really need it all, where can we even put it, how long would it take for us to run out of space? Do you have rent storage space just to make room for the old stuff so you might make room any new stuff you might want buy? And what do you do with all that stuff once you get tired of it or a new and improved model comes out? What is the cost for all this stuff? Not price the scanner sees at the checkout, but all the  natural resources were used to make it, to ship it and then later to dispose of it and the cost to our environment that we may never be able to assess it’s true impact. What if you only removed the stuff from the shelves and just left what packaging the stuff came in; that in itself is a lot of stuff, what was the cost of it in terms of all resources it took to make it and deal with it. On average, each person disposes of 4.3 lbs. of garbage a day or 1570 lbs a year, which generates 210 million tons of garbage a year in the US and of which only 25 -27% is recycled and that includes yard waste. What happens when we run out of places to bury this stuff?

How do we deal with such things as the worlds’ largest dump out in the middle of the Pacific Ocean that covers an area twice the size as the state of Texas (537,640 sq. miles) that is estimated to contain 100 million tons of flotsam and that number has surely increased with major natural disasters that have occurred in southeast Asia the last few years . It is estimated that 10% of all the plastic produced winds up in our oceans and 90% of all the flotsam in our oceans is plastic, which breaks down into ever smaller parts and winds up entering the food chain for marine life with devastating effects . How can we even think to clean it up when more stuff winds up there everyday? and what will be the consequences to all the ecosystems of this planet? And once all these finite natural resources have been used  up in the making of these products and they won’t then be available for sometime in the future when we may need it just for our own basic survival.

Even under the umbrella of the ‘Green Industry’ it isn’t a given that the practices used are necessarily ‘green’, from agriculture to just taking care of a lawn. Today, no food product is ever out of season; almost all the food we place on our table has travel at least 1,300 miles from where it was grown or raised. We get apples from New Zealand or fruit and vegetables from Central and South America and beyond. We grow crops in this country in areas that are arid because we are able to pump water out of the ground from aquifers, which’s waters collected there 20,000 years ago, and would take 1,000 years to recharge. Or we dam and canalize rivers for growing crops and to provide drinking water to cities rising out of the deserts, so that now those rivers never reach the sea. We till the soil, we fertilize it because it’s easier, but at a cost that we lose topsoil in the US thru erosion 10 times faster than the natural process of replenishing it, worldwide it is 3 to 4 times greater. There has been over 7,000 different species of plants that has been raised as food crops in the history of agriculture and because of development of technologies involved in mass production, only twenty plant and eight animal species are now supplying 90% of all our food. These crop varieties are genetically bred for high yield, uniform appearance, disease-resistance, and for their ability to endure the lengthy journey to our table.  According to the Food and Agriculture Organization of the United Nations, since 1900, approximately 75% of the world’s genetic diversity of agricultural crops has been eliminated. Many of these practices started to be developed in the 1940’s and in the 60’s the term was coined ‘Green Revolution’, and even up to today with the greater development of genetically modified crops which places a greater portion of the world’s food supply in the hands of a few major agrichemical and bio-tech corporations.

Even within our own green industry a mass array of chemicals and products are offered to help us create ‘The Prefect Natural Landscape’. We can offer our clients outdoor kitchens, they can install movie screen size TV’s under the pergola so they might enjoy that natural outdoor experience. And when the weather turns to drought there are synthetic lawns so things look nice and green and never need water. On one hand it’s expectation that by making more products we can improve on what has come to be expected as ‘The Good life’; it’s an economic model of unlimited growth, what it doesn’t account for is we live in a world of finite resources, and today we are using those resources as never before in human history and we will run out of oil, we will find there isn’t as much fresh clean water as we thought. Our soils won’t be able provide all the food that our growing world population will need to survive. We cannot keep destroying the environment and expect that the world we live won’t be negatively impacted. On the other hand, it is for all our children and their children and all those generations after that we start to consider a different type of economy one based on sustainability, and where the ecology of this planet is place in the foreground of our concerns and then there is hope of being ‘Green’

These are my opinions and you are all welcome to offer you own. 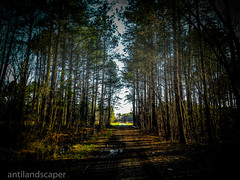 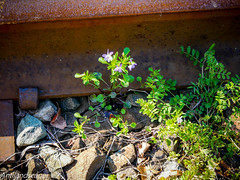 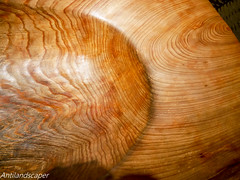 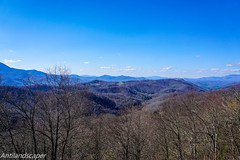