Sometime beyond 30,000 years ago the climate had changed, and the cold and ice advanced out of the arctic covering a large portions of North America, Europe, and Asia. The ice sheet was estimated to be a mile thick and with so much of the water of this planet frozen, the oceans were as much as 450 feet lower than they are today. As the ice sheet advanced to cover what we now call home, it had scraped and scoured the earth carrying soil particles, boulders and anything living in its’ path that couldn’t flee its’ approach. The areas south of the major ice sheets were what might be considered sub-arctic; a tundra and open boreal woodland with very little rain. Around 13,500 to 11,000 years ago the ice sheets receded and the flora that had managed to survive south started to advance north and grow in bare mineral particles with little organic content. The climate was warming, the organic material was slowing building up in the soil and the plants, insects and animals that had co-evolved farther south were slowly advancing north and it may have taken thousands years to establish themselves in New England. They are our native plants, animals, insects and microorganisms; became part of natural communities unique to their locations depended on soil conditions, moisture, weather and interdependence on the other surrounding natural ecosystems.

The natural ecology of our area developed thru migration, succession and natural and human disturbances up until the time the first Europeans started to settle here. With them they brought non- native plants, animals, insects and microorganisms, some were intended, many more were not. Plant seeds mixed in with the feed of livestock or in the seed they brought to grow for food, organisms in the ballast of the ships that had brought them here or in the soil of potted plants which carried species such as the earth worm to ours shores, for there weren’t any earth worms native to the areas covered with ice during the ice age. So in the book ‘The Earth Moved’ by Amy Stewart, she writes about the ‘remarkable achievements of earthworms’ how they have such an impact of our environment because of how they convert organic debris into casing that microorganisms and plants can fully utilize. Earthworm may only travel a few feet during their lifetime, but they have managed to spread themselves to most parts of the North America and now to some places where they’re considered ‘invasive’ to an ecosystem because of their negative impact, which our forests. In the forest the debris that drops such as leaves, twigs, trees, and dead organisms, it slowly decays which provides an environment for a host of many native species that can only survive in that slow decaying layers of leaves and debris called ‘duff’. When earthworms invade the forest floor they can consume so much duff that even this years’ leave drop can consumed by the following spring which can result in a 80 to 90% loss of understory plant material over the course of time and resulting in dramatic changes to the forest ecosystem.

From the time that people started to travel the globe, to discover new places, they discovered new plants, animals and insects; they were the exotics, which they returned home with, for their collections, and their gardens. What these collectors saw in these new species was their beauty, their strange habits and their possible value for medicine or honor and monetary valued for its’ rarity. What they didn’t see for it wasn’t considered at that time was the species role in the habitat from where they were taken and the interactions between them and other species in that ecosystem. To read the book ‘ Bringing Nature Home’ by Douglas W. Tallamy where he discusses the impacts of using non-native plants in landscaping; where native plants have co-evolved with insects and with other species that consume those insects, when non-natives are used the insects may not eat parts of the plant because the chemical makeup is different with a resulting decrease in insect populations, which impacts the populations of birds and other species from the lack of food sources. Many of the plants we use come from all over the globe and none of them brought here were thought to be ‘invasive’ So what are invasive species ‘they are introduced species that can thrive in areas beyond their natural range of dispersal. These species are characteristically adaptable, aggressive, and have a high reproductive capacity. Their vigor combined with a lack of natural enemies often leads to outbreak populations.’ Invasive plants out-compete native plants changing the dynamics of whole natural habitats with a cascading effect on many other species dependent of those native plants. In some ways it hard for us, for many of the plants we use we’re not even sure of their origins and what effects using them have on native species, because from human perspective; plants that don’t get eaten is good, from a natures’ perspective it is bad. What if some of the plants we’re using today could they become the new invasives in the future, given the right set of circumstances? For an example Acer platanoides the Norway maple was brought to this country sometime around 1756 and has been widely used in the landscape for over two centuries, but because of it’s habits it certainly earns the rank of an invasive today.

Beyond the plants brought here for our pleasure in landscaping we also have brought other non-native invasives that had great impacts upon our native ecosystems. Some time around 1898 some trees were imported from Japan or China for these new exotic trees to be used in our landscape, they were the Asian species of the chestnut. On these trees it is suspected they carried a fungus that had co-evolved with the Asian chestnut so these trees had a built in resistance to the fungus. Once this fungus the Chestnut Blight, was released here and found a new host, the American chestnut that had never developed any resistance to the blight, the result being, that within a period of forty years it completely changed the east coast forest landscape, from Maine to Georgia with the chestnuts’ disappearance. In the book the ‘American Chestnut: The Life, Death and Rebirth of the Prefect Tree’ by Susan Freinkel she describes how our native forests, where the chestnut had made up 25% and in some areas even more and how so many species including us, were depended on chestnut for all it could offer and the impact from the loss and all the efforts to bring back the chestnut to our forest landscape.

I like mention one last book ‘The World Without Us’ by Alan Weisman, it isn’t a doomsday book, rather it about a natural world and a manmade world including the globalization of so many species and what their interactions might be going into the future, if humans just disappeared, which makes for a fascinating read. But for now we are here, and we do have some control over the landscapes we create, we can weed, keep out the invasives, and hopefully not introduce new ones. We can try to keep ‘native’ plants as part of our landscape, allow the life around us to feed on the food that we have provided, enjoy what we see, share the wonder with others rather than to suggest pulling out the chemicals to do away with our guests and neighbors. It is the much larger landscape where the weeds and the invasives might be beyond our control for the chestnut blight is still present, not allowing the native chestnut to return, there is Dutch Elm disease, Sudden Oak Death, Asian Horn Long Beetle, Emerald Ash Borer, Hemlock Woolly Adelgid, Palearctic Siricid Woodwasp and maybe 400 species of invasive insects and 200 pathogens and a list that may continue to grow and that given the right conditions could decimate our forests and urban ecosystems and with this introduced major natural disturbance, other species, the  weeds and invasives will seize upon the opportunity. Our larger landscape may be someday made up with the trees of heaven, non-native willows, silk trees, autumn olive, rose multiflora, burning bushes, Japanese knotweed, kudzu, oriental bittersweet, purple loosestrife and so on. The species of insects and animals that were depended on a native landscape may not survive, except for those that could adapt and it may be thousands of years before new species can co-evolve in this new biota. We see how fast our managed landscapes can become overrun, imagine on global scale, on whole natural landscapes that is under siege from the threats of non-native species and human development. Or imagine our own natives being the weeds, the invasives in some new habitat. There certainly aren’t any easy answers or solutions and maybe there just aren’t any. Sadly, for most folks they may not even know, for the forests, meadows and wetlands will still be green, but may not function in the same way and how much of what is missing wasn’t known and won’t be remembered.

I know I haven’t done justice to the books I mentioned and I do hope you might consider reading them for yourself for all they do offer, plus the many other books about weeds, invasives and our rapidly changing landscape. 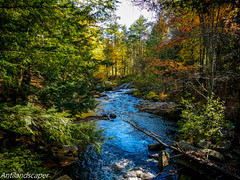 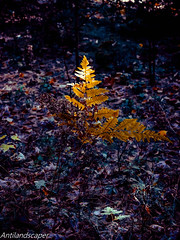 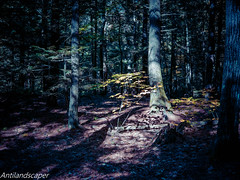 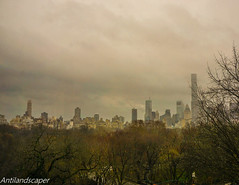 What truly matters in life

A life time shattered by multiple forms of abuse and trauma, taught me what truly matters in life