Our perspective of this earth is generally from the view of 5 to 6 feet up from the ground; we sometimes have a different view when we look down from a tall building. Or when we travel by plane and we see a much larger landscape of what we call home. In our very recent history we have been able to view the whole of our earth from space and see it as a whole living system where each individual part has it effects on all the other parts. As satellites travel farther from our planet, our view of our earth shows a moon as it orbits the earth and the effects it plays upon the movements of oceans and winds and how it stabilizes earths’ axial tilt and gradually slows the earths’ rotation so that we have a 24 hour day. As satellites travel across our solar system we is that the earth’s life energy travels from a distance of almost 93 million miles away which is a habitable distance to create and support life, given all the other factors that make up the earth.

As we watch the earth from space we can see the movement of water vapor as it condenses over the oceans and forests into the atmosphere to form clouds that travel across the oceans and landmasses by wind currents created by the differences in temperatures in water and land areas that then redistribute that water thru-out portions of the biosphere and that 75% of our planet is covered with water vapor clouds most of the time, which in turn affects how much of the sun’s energy reaches the surface of the earth to help make it livable. We can see how winds move across the arid areas of our planet lifting and carrying dust over oceans and as some of those particles drop, the population of phytoplankton increases greatly which offers nutrients for other living things. The wind that flow over the Sahara lift fine particles of sand into the air and  carry it out over the oceans and continues on to landmasses across the ocean  where it becomes the nutrients for the rainforest.

We as landscapers also have a different perspective as we work down on our knees, we see particles of bedrock that have weathered over the course of earth’s existence or have been carried here with the advance and recession of ice sheets 15,000 year ago. We see an earth that is teaming with life that roots out, fly, walk, crawl, creep or burrows that are living on the past life and the minerals in those particles. When one has to dig a hole in the undisturbed earth you begin to see the past of us and the past of this place in it’s horizons, in the past life that had existed and has become the source for life now and the future. Maybe as a child or even now as one is digging a hole one fancies the idea to keep digging and come out the other side, which is 7,926 miles away. Long before you got too far, from 0 to 37 miles down you hit the crust or the outer mantle of the earth and you might realize it may not be worth going farther and as you climb out of that hole you look up at the blue sky that is our atmosphere that extends up 50 miles which is fill with gases of nitrogen (78.09%), oxygen (20.95%), argon (0.93%) and carbon dioxide (0.03%), other trace gases, water vapor and dust that causes the sun’s light entering the atmosphere and the shorter blue wave length is be reflected and scattered which gives us the blue sky.

When you consider that the universe might go on to infinity or when you looking close up at a section of soil at your knees and that it may be its’ own universe and that you share this earth with 1.6 million to 36 million different living species, from the largest living things, a fungus (Armillaria ostoyae) that covers an area of 2,200 acres or the Giant Sequoia that stands 274 ft. tall, down to living organisms so tiny that may be beyond what can be observed and that almost all of this life on land lives and survives on a depth of a few feet of soil. This thin skin, this matrix, where the sun’s energy, water, atmospheric gases, and minerals all come together and interact with the living organisms that are completely interdependent on them and each other for the survival of all. Since the first imagines of the earth from space in 1968 thru observations of the these past 40 years, we have been able to see increasingly changing landscape of our earth with decreases in forest cover, savannahs, wetlands and lands suitable for farming, increases in habitat fragmentation, deserts, urbanization and sprawl which are assaults on this thin skin, and it’s interrelationship with the other elements and the effects it is causing such as with changing weather patterns and a greater risk of a major species loss, estimated  to be 20-30% over next forty years. It is with this perspective of how and why this thin skin is so important that we need to understand the workings of soil and how we should nurture it, to protect it, educate others to its’ importance and how fragile it is and how fragile our own existence is if we don’t.

Here are a few books I found interesting on the subject:

‘Dirt: The Erosion of Civilizations’ by David Montgomery – about civilization and its’ impact on soils

‘Life in the Soil: A Guide for Naturalists and Gardeners’ by James Nardi

3 thoughts on “A Thin Skin” 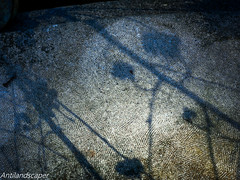 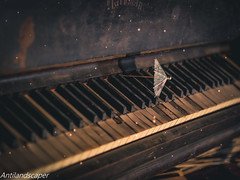 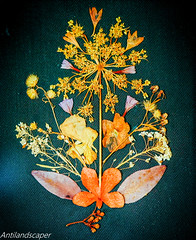 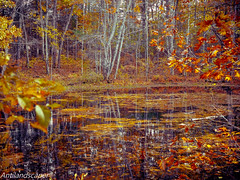